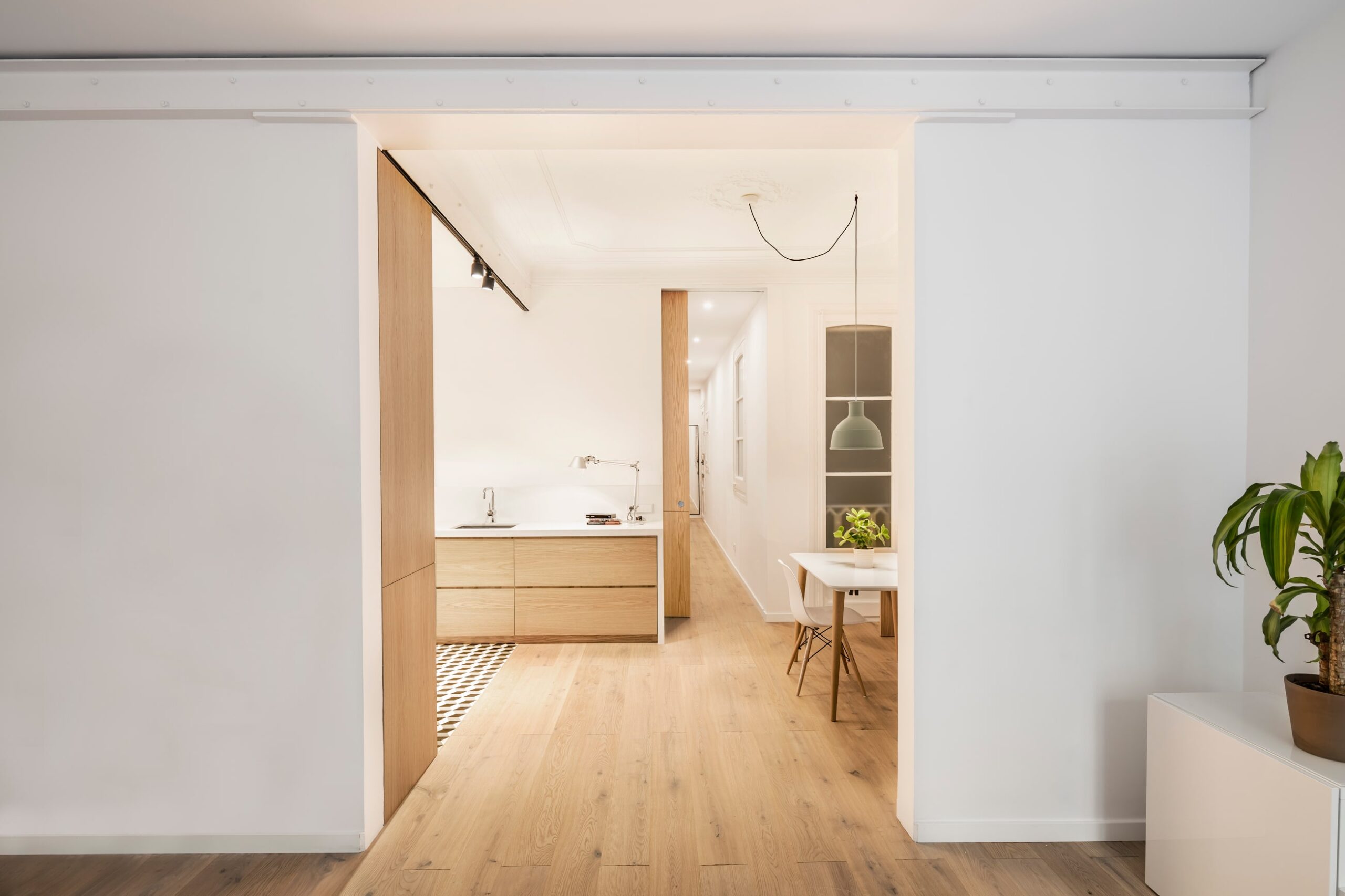 Originally, the apartment presented a decayed and dark image due to the excessive subdivided rooms. The patio is very narrow and it scarcely receives light. Except for the two rooms next to the main facade, the apartment was barely illuminated by natural light.

The main objective has been to achieve the maximum use of natural light in the apartment. We simplified the distribution to obtain large and opened spaces that multiplied light. The outcome is a linear succession of three big spaces of different proportions associated with the structure of load-bearing walls. Each space has a specific use with its own identity (living room/kitchen-dining room/bedroom) and the openings between them allow them greater freedom of relationship.

The only partitions that are not demolished are those in the hallway, which generate the servant spaces for the apartment annexed to the patio. They are located between the day spaces and the night space in order to give more privacy.

The structures of the building are load-bearing walls parallel to the façade with few openings that darkened the rest of the apartment. We realized a big opening in one of the intermediate bearing walls taking advantage of two existing doors, in order to improve light and spatial flow.

The old joineries, ceiling mouldings and traditional elements found in the apartment have been restored. At the same time the new materials such as the metallic beams used for the openings of the walls are exposed to emphasize the previous distribution. Both, traditional and technical materials are painted in white, which improved natural light and gave the apartment an homogeneous and timeless atmosphere.

The natural wooden oak floor introduces texture and warmth, acting as a continuous carpet that unifies the spaces and punctually rises to build the furniture. 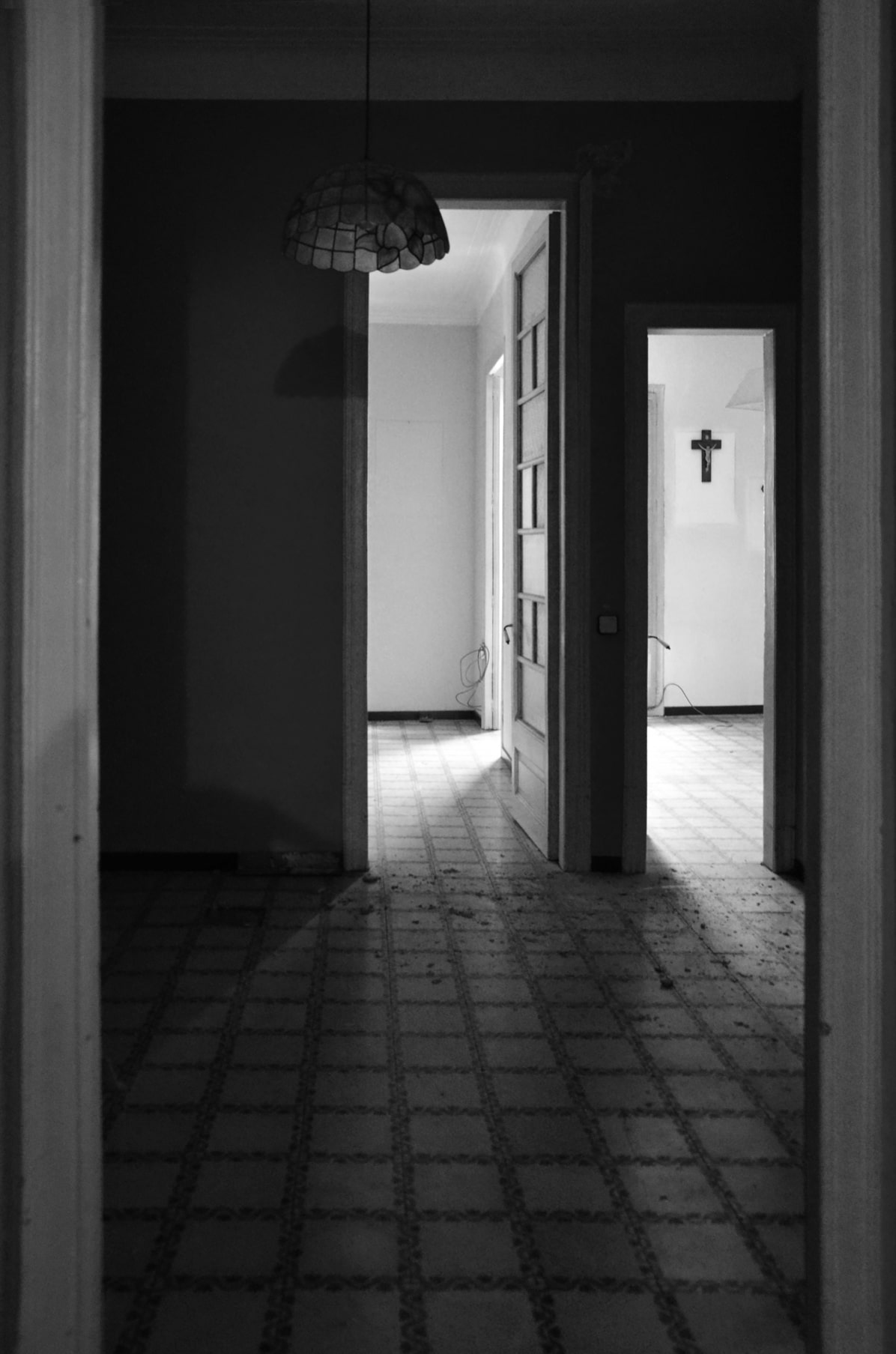 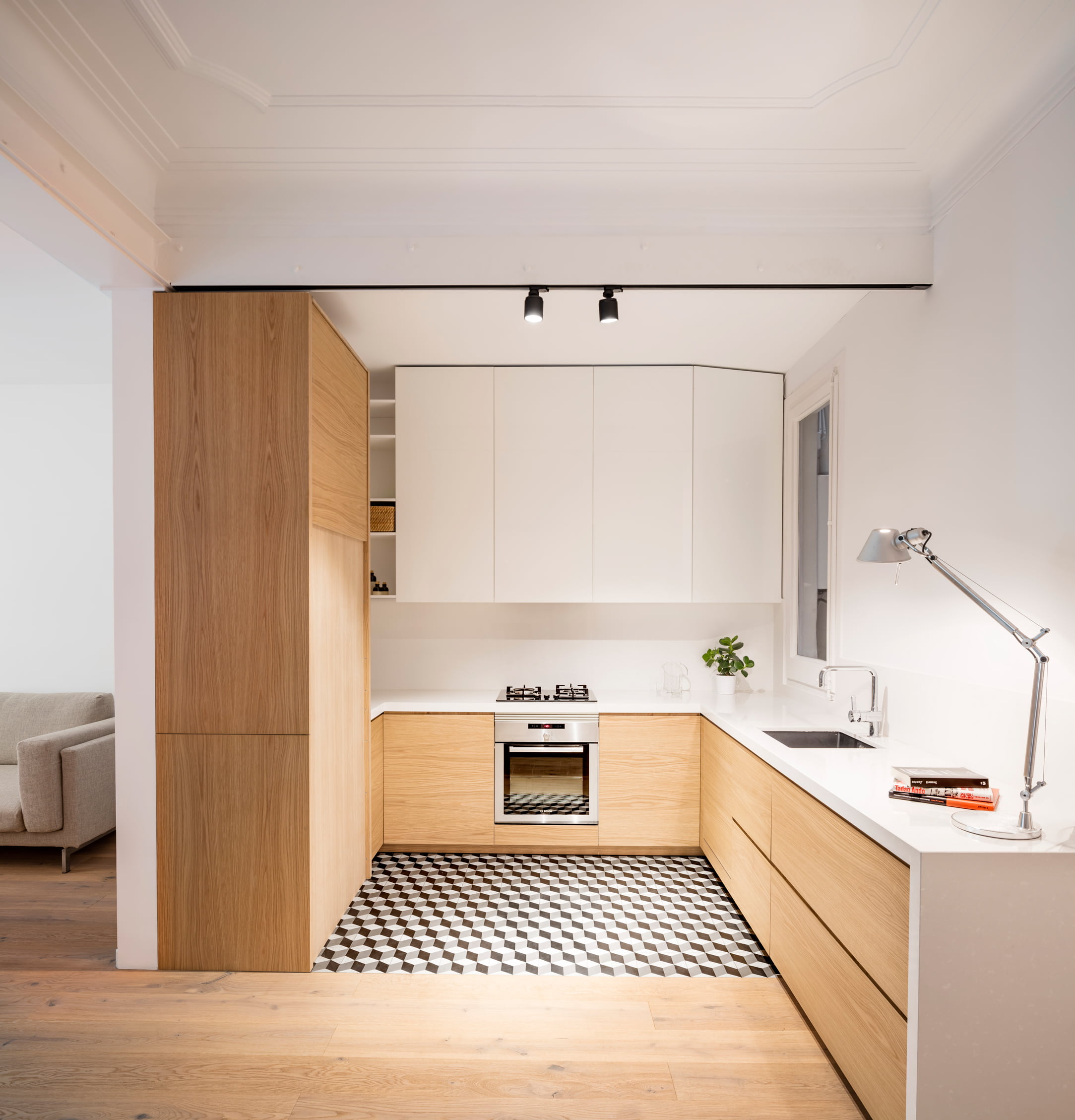 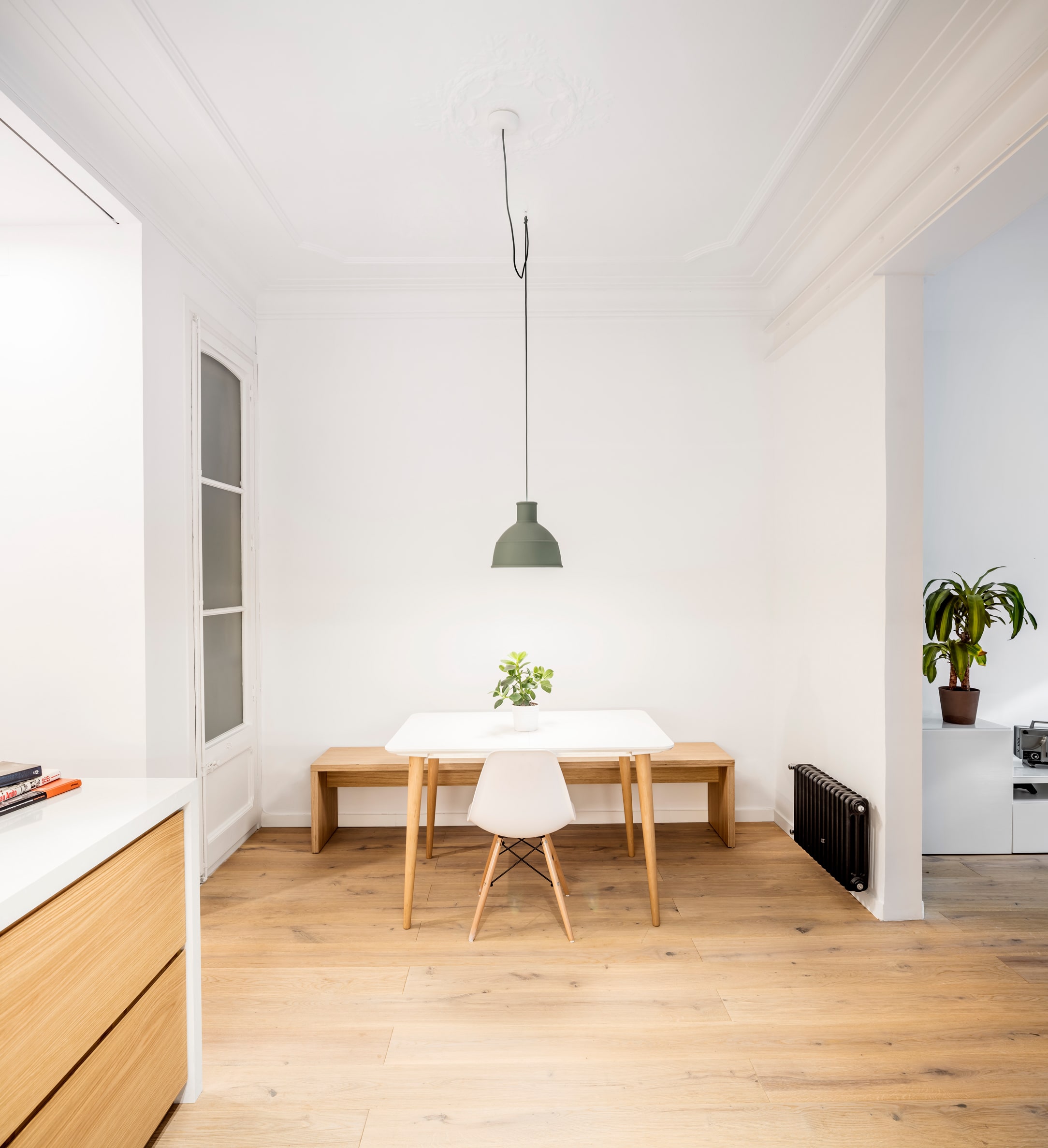 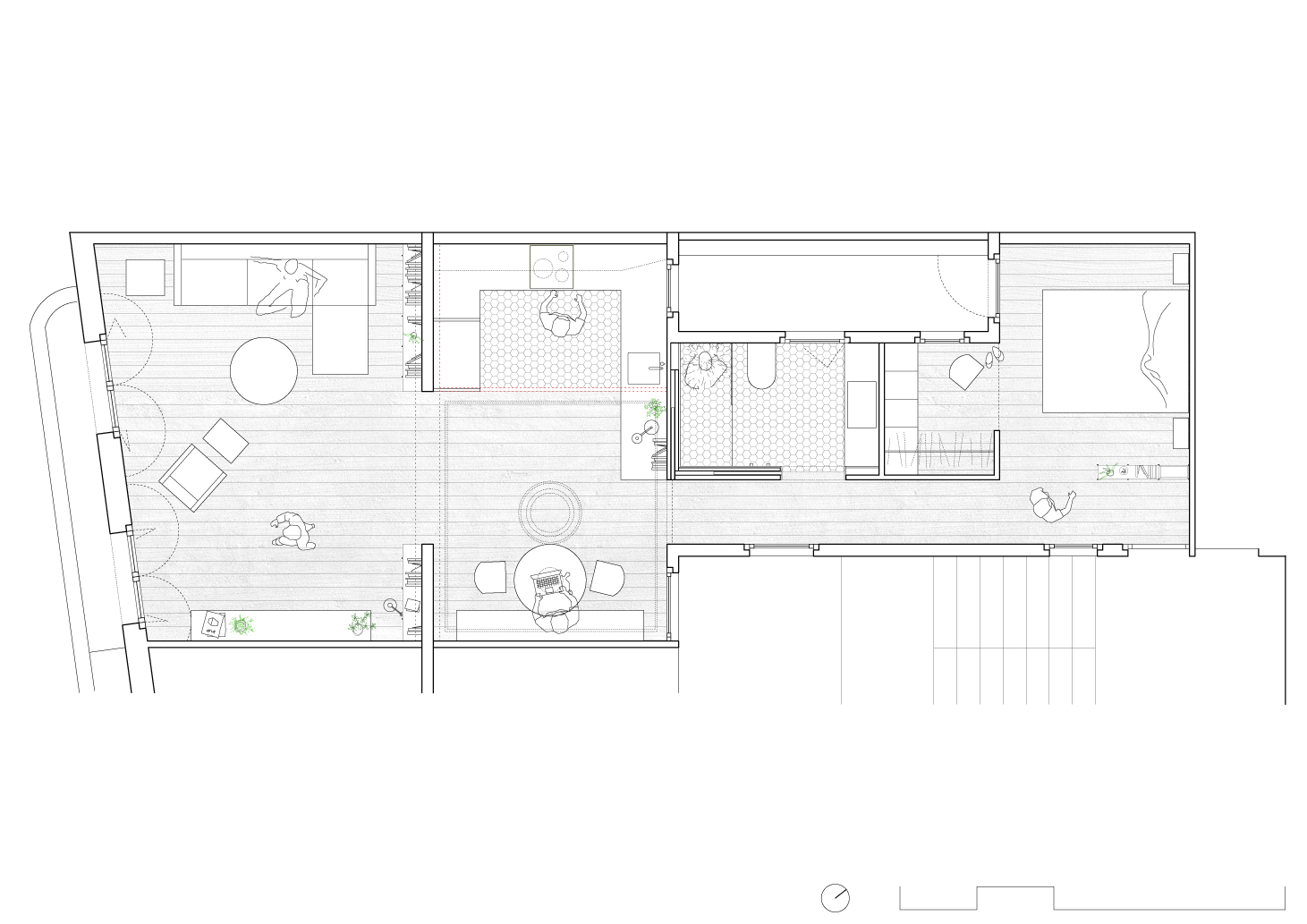 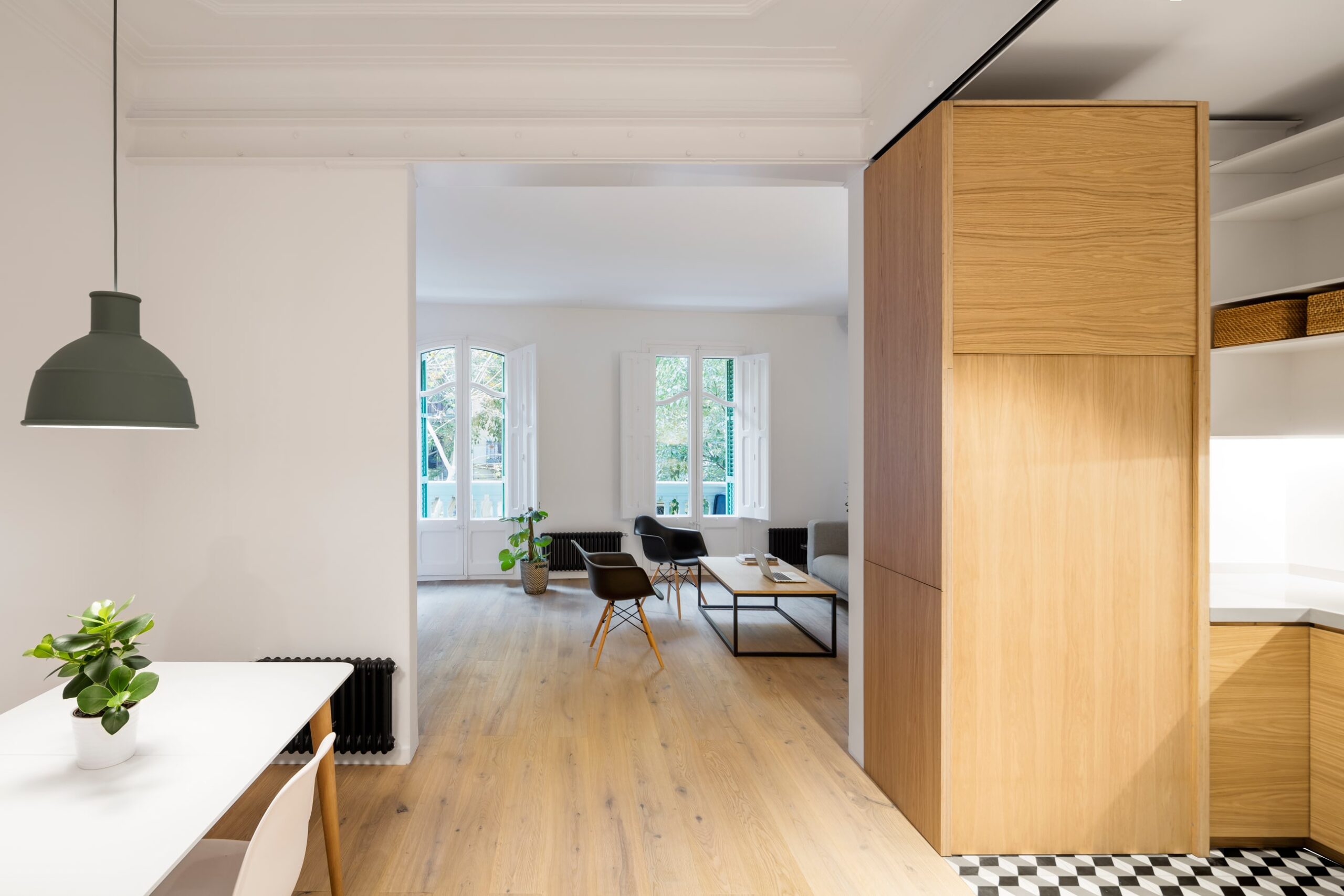 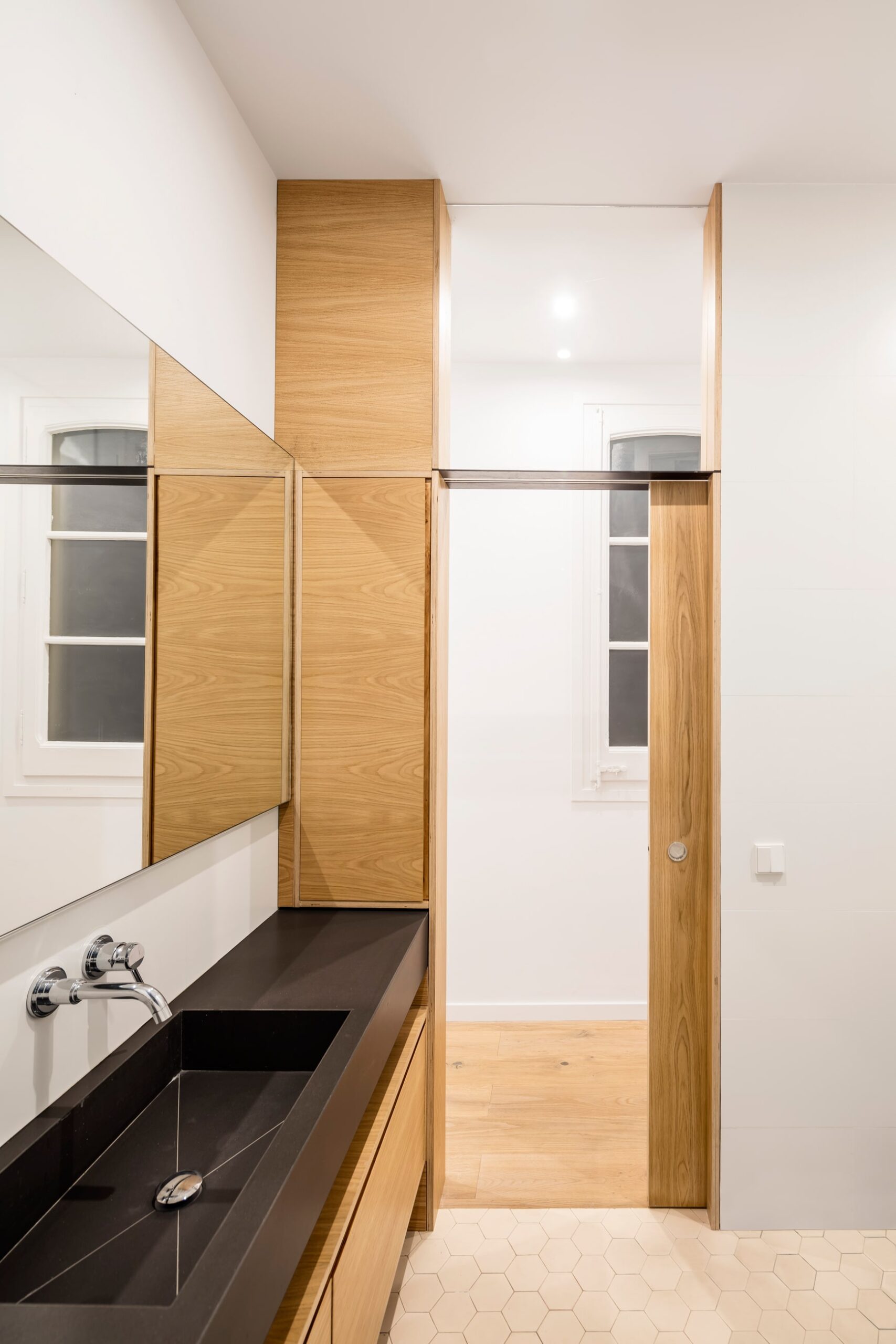 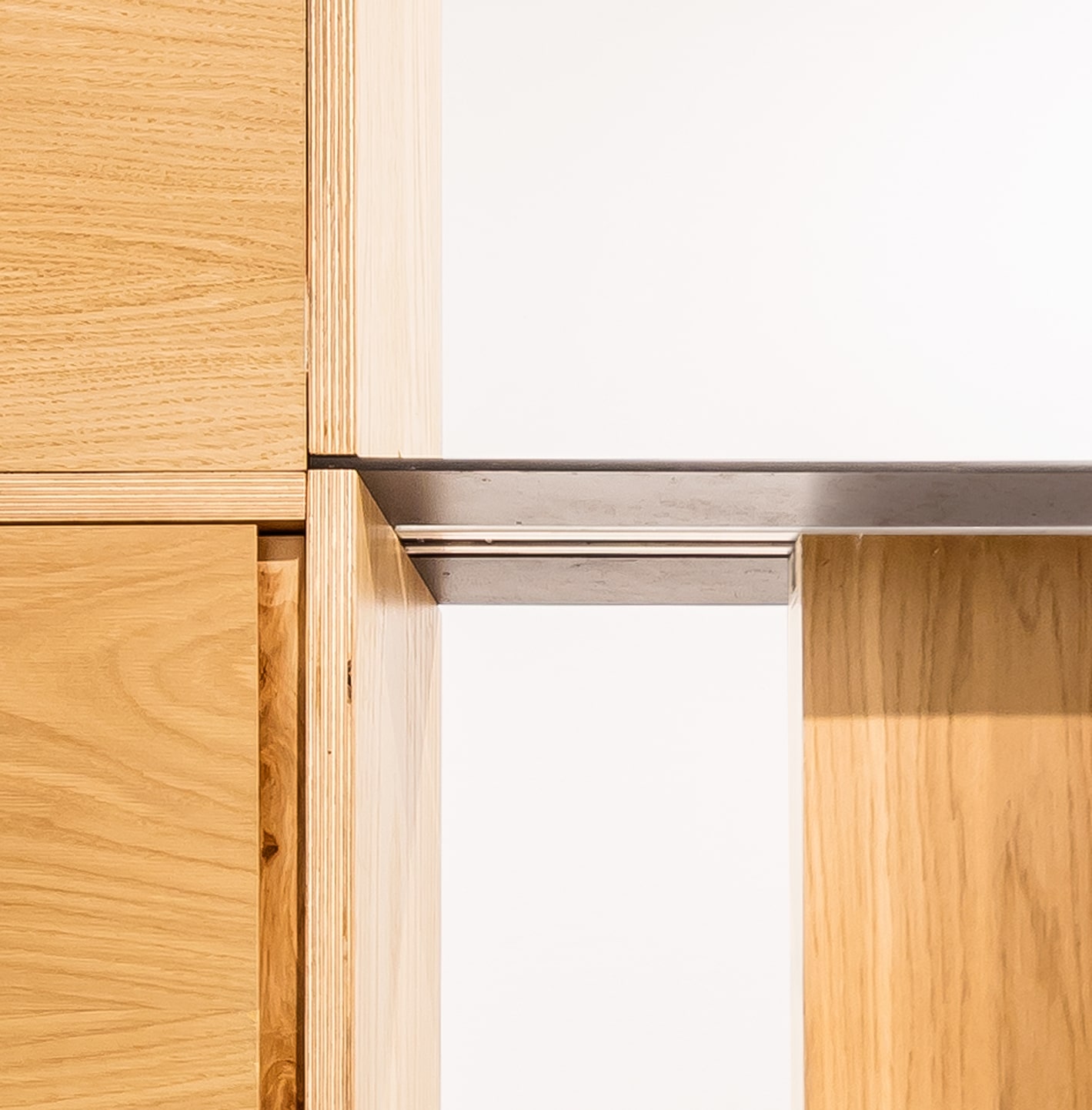 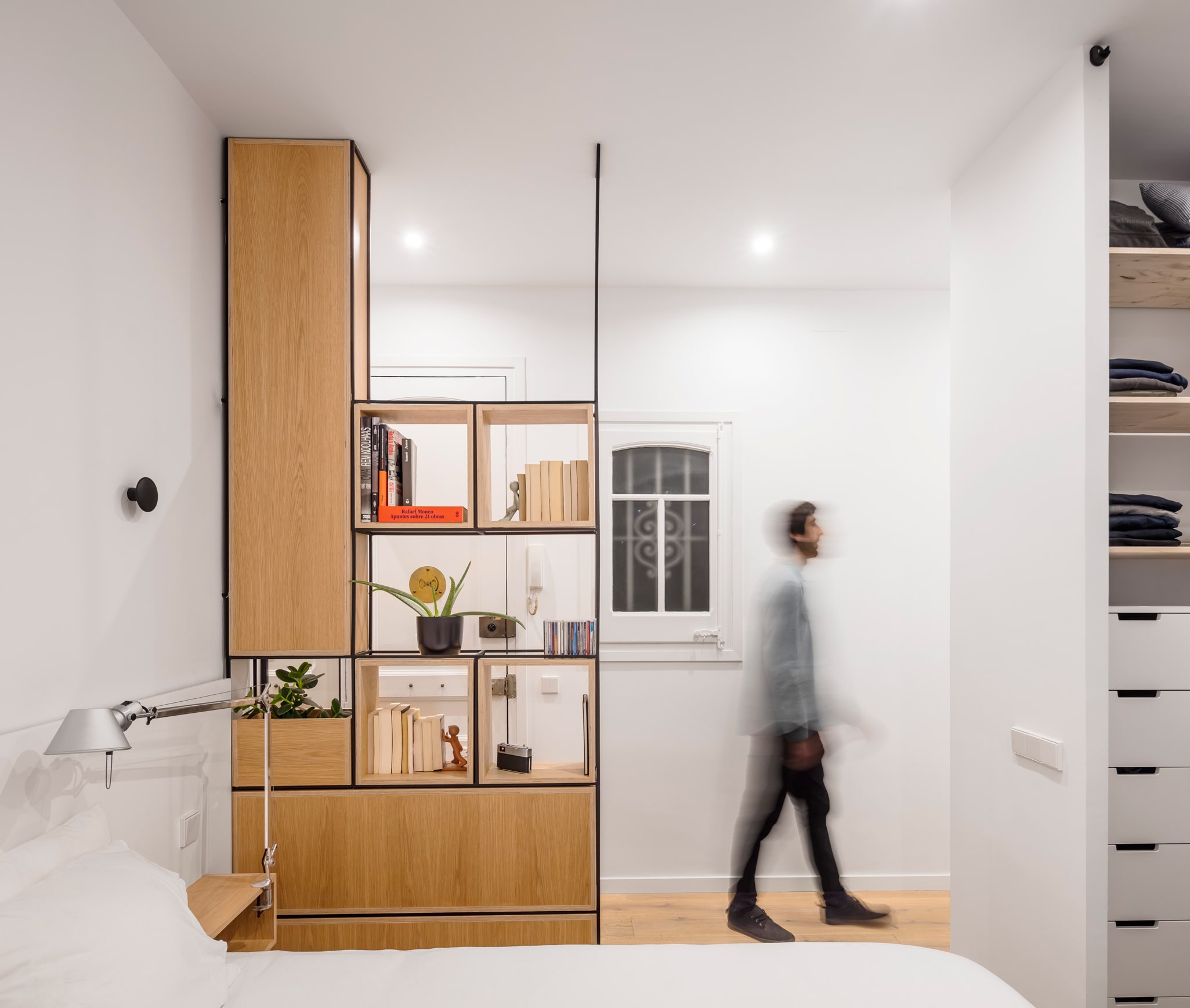 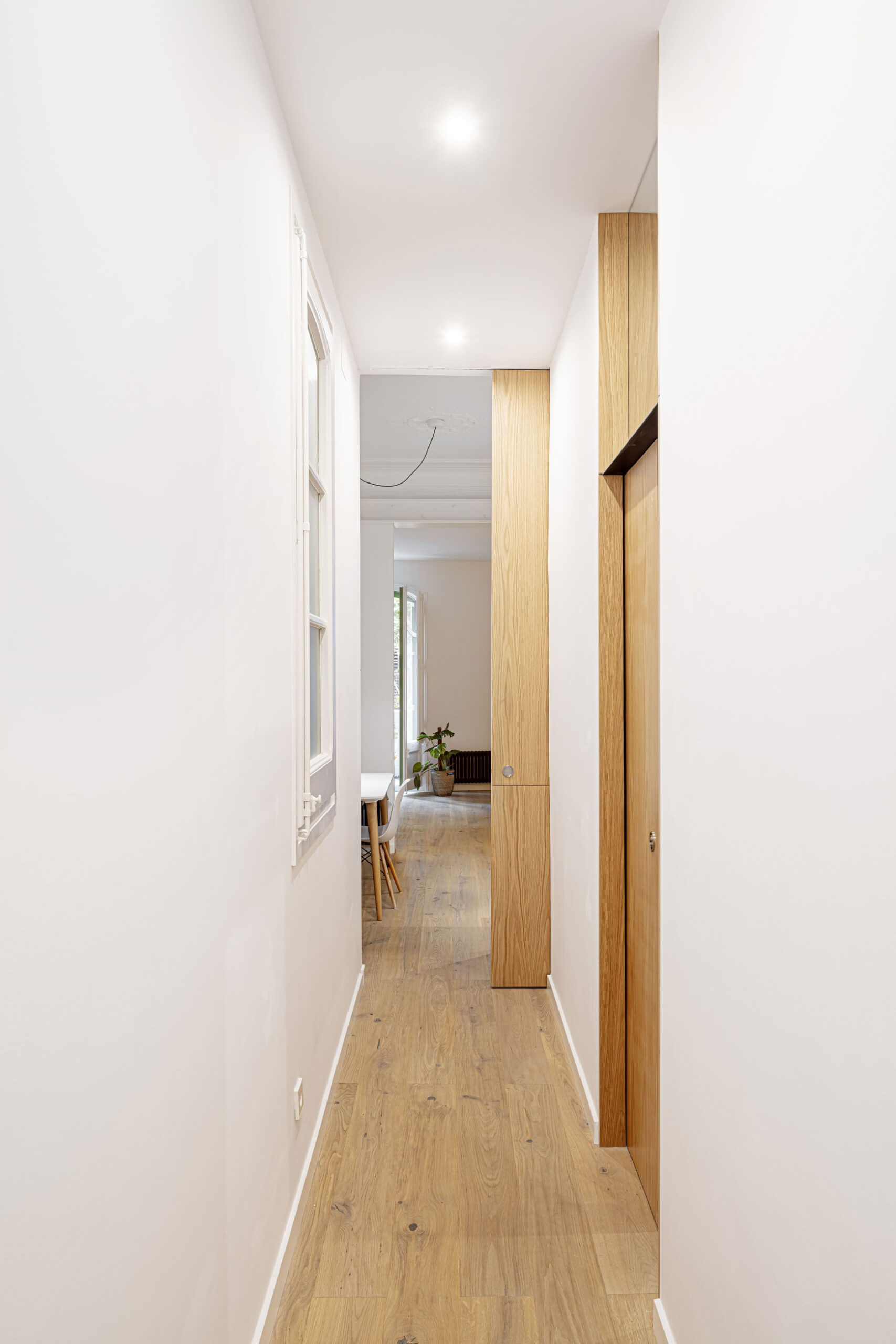 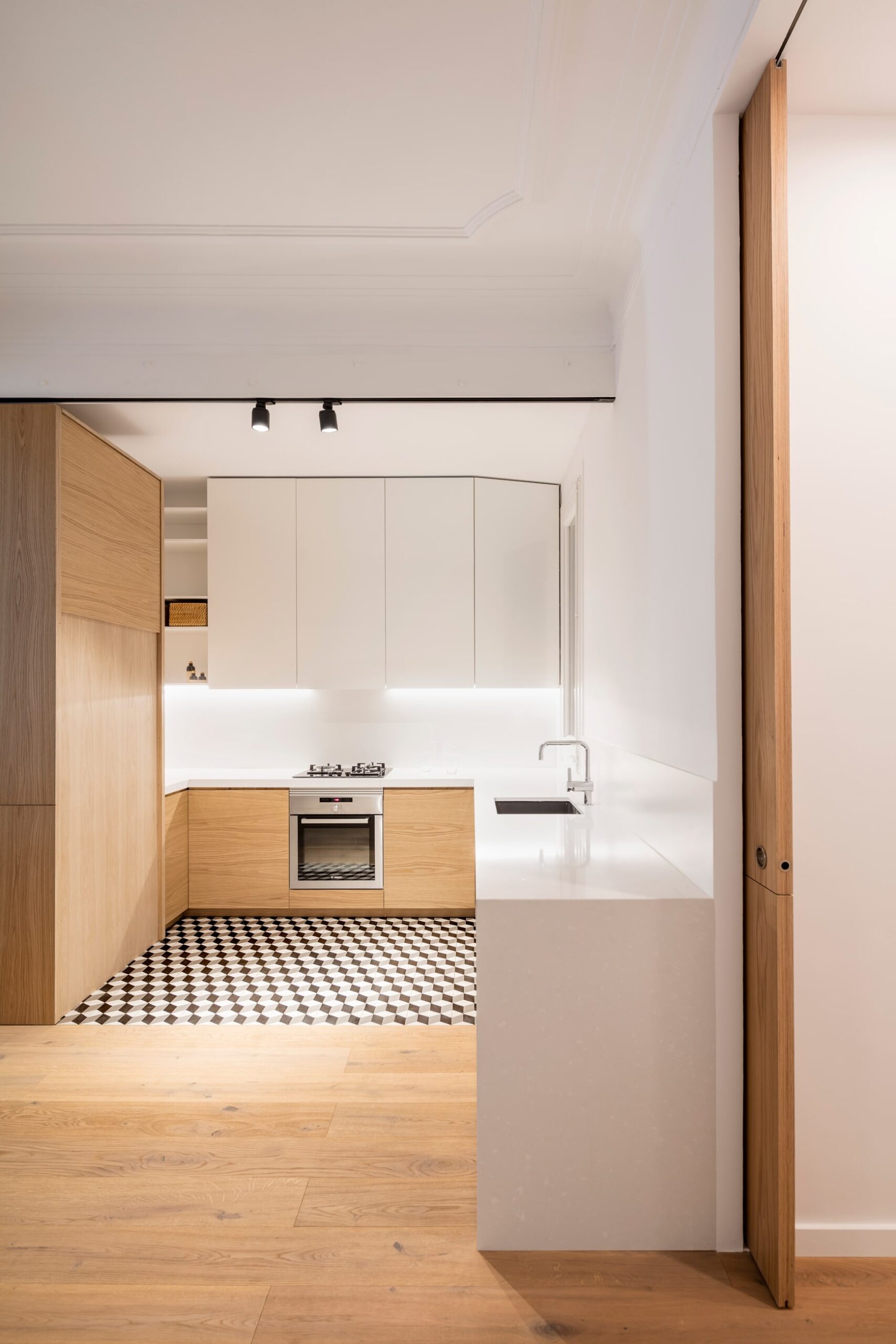